The historic reaping and threshing of wheat

There was a time in our history when threshing wheat was like going to Luna Park for children… but not for one day, for multiple days and sometimes even for a week.

During the threshing, the local farmers would all help each other and the children would follow this extraordinary event, coming from all the surrounding farms. 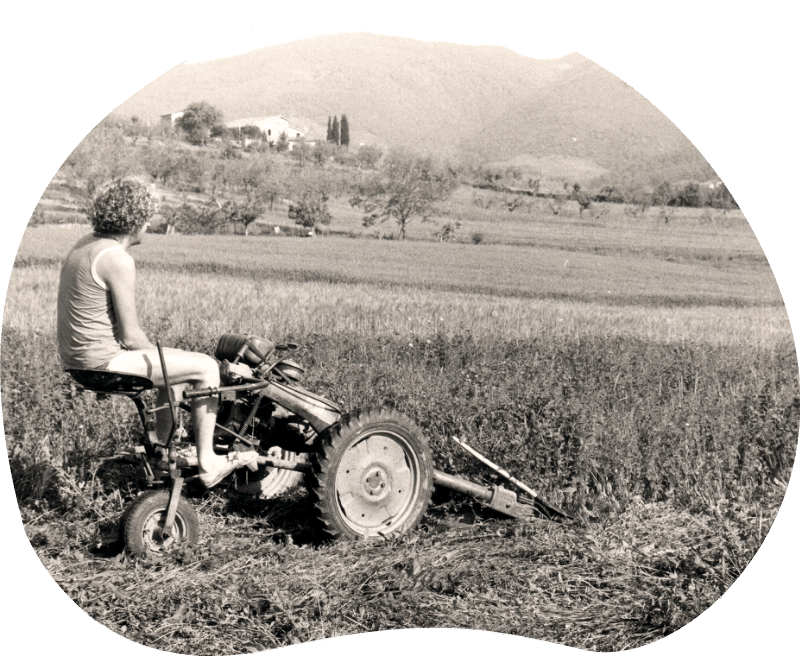 But what happened before the threshing? First of all, it began with the harvesting of the wheat, which was done by hand with a sickle in the fields or between the rows of vines.

Each farmer had his own “porga” to harvest, a strip of cultivated land about a metre wide between two rows of vines, which in the Tuscan tradition often consisted of an olive tree and a loppio, an ahorn tree that supported the vines.

After cutting the wheat, it was placed on the ground and was tied up using the stems of the wheat itself. Bundles of wheat were called “manne”.

The “manne” were then grouped together with the spikes inwards in concentric circles to form the “moncello“, a pile of wheat bundles. The pile remained like this until, once the date of threshing was known, it was taken to the threshing area r. The “moncelli” in the field were undone and the “manne” were taken to the front of the farmhouse where the wheat stack was made.

Here the children’s games began. When the wheat stack was made close to the house and reached a good height, you could jump out of the window directly onto it!

The mechanisation of harvesting

In the early twentieth century, various wheat-cutting equipment began to appear, initially only used on large estates. At the turn of the 1930s and after the Second World War, there was a boom in the mechanisation of harvesting.

In the early 1960s, the first reaper-binder powered by an internal combustion engine was purchased at Podere Poggerina. The reaper-binder cut the grain and bound the bundles, thus lightening the work of harvesting by hand, which used to take many days.

In 1970 the last real threshing took place in the farmyard, soon to be replaced by the new technologies. These self-propelled machines carried out in two hours the work that a farmer, with the help of several people, would have done in four or even five days between cutting, harvesting, lowering and threshing.

In line with the threshing machine, there was often also a straw baler, which always amazed all the children with its way of ‘eating’ the straw.

Each person taking part in the event had a specific task. There were those who climbed on top of the stack and, with their pitchforks, threw the bundles into the conveyor belt or into the threshing machine, some filled the sacks with the wheat, and others unloaded and stacked the straw bales.

To get rid of some of the dust that was caused by the threshing, it was customary to tie knots at the four angles of a handkerchief and wear it on the head instead of a hat.

The people carrying the bales were always the youngest and strongest, because the bales had to be hauled on the shoulders to be taken to their storage place.

If there was no press, the straw was piled with a method called ‘bica’, round or square in shape depending on the quantity.

The threshed wheat was measured with the “staio”, a wooden container that usually carried 20 kilogramms. If the plot of land was part of a sharecropping scheme, the sacks of wheat were shared with the farm.

The sacks, loaded on the shoulders, were carried and emptied into the farmer’s and the farm’s granary, a tiring job that was rewarded with a glass of Vinsanto at the top of the granary stairs, which is why the children would sneak up to savour the liquor with its unmistakable sweet taste.

And once the threshing was over? The boys had fun jumping on the mountain of “lòcca”, the dust that came out of the threshing machine. In the meantime, the housewife was at the fire preparing an excellent lunch for all the participants. 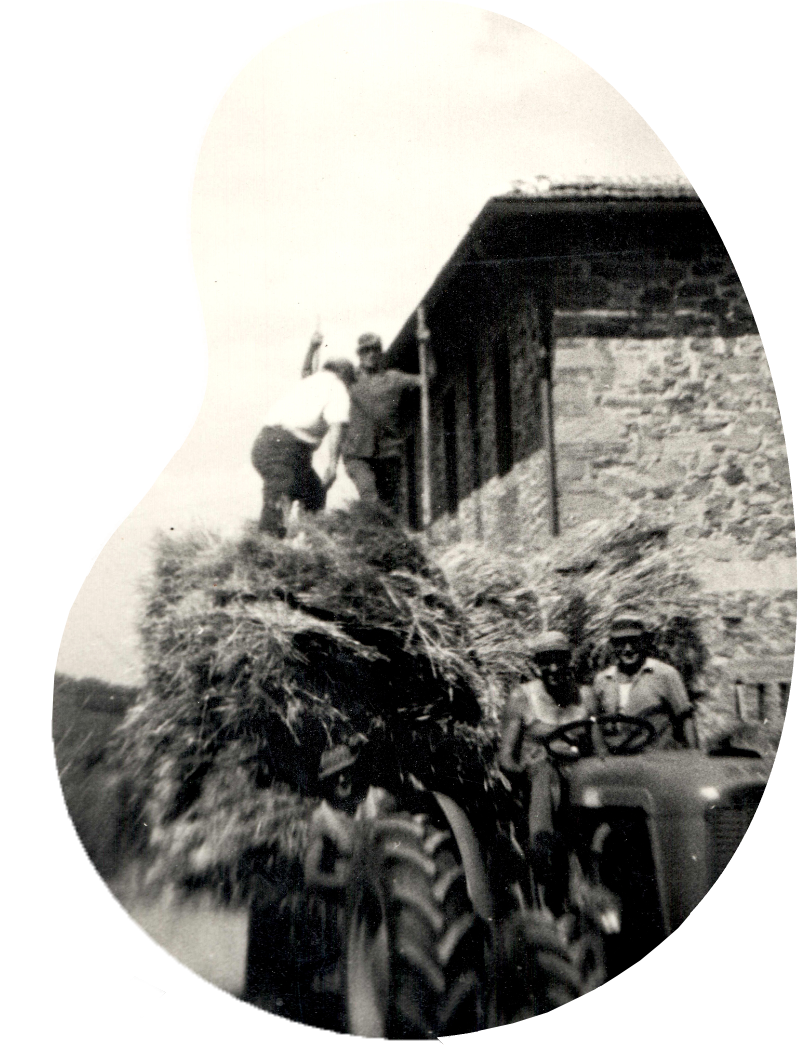